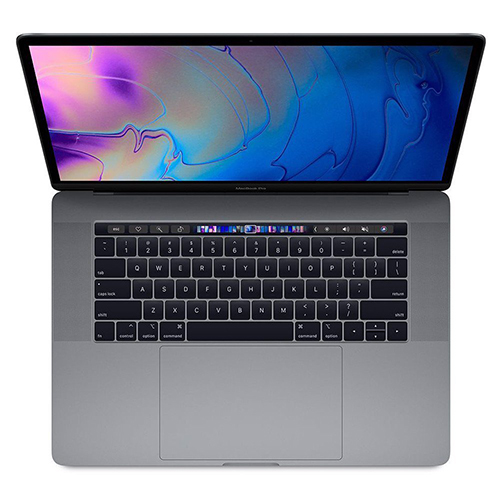 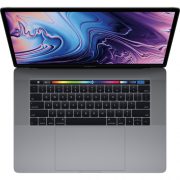 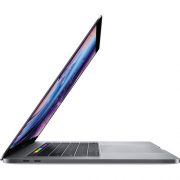 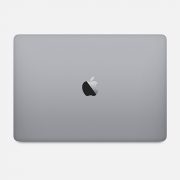 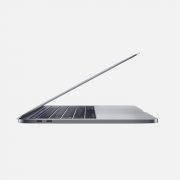 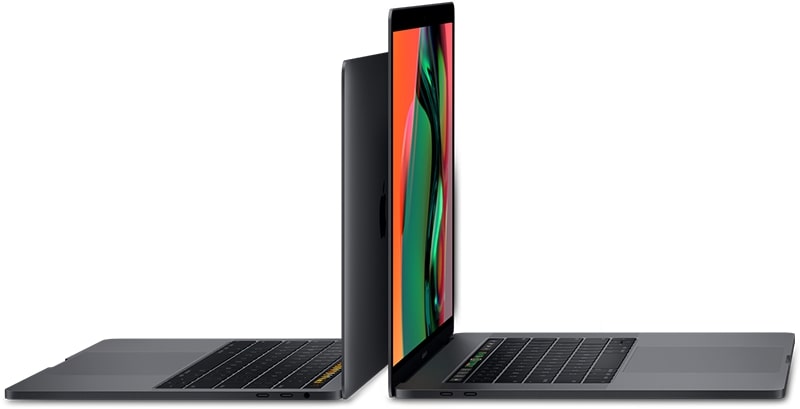 MacBook Pro elevates the notebook to a whole new level of performance and portability. Wherever your ideas take you, you’ll get there faster than ever with high‑performance processors and memory, advanced graphics, blazing‑fast storage, and more. 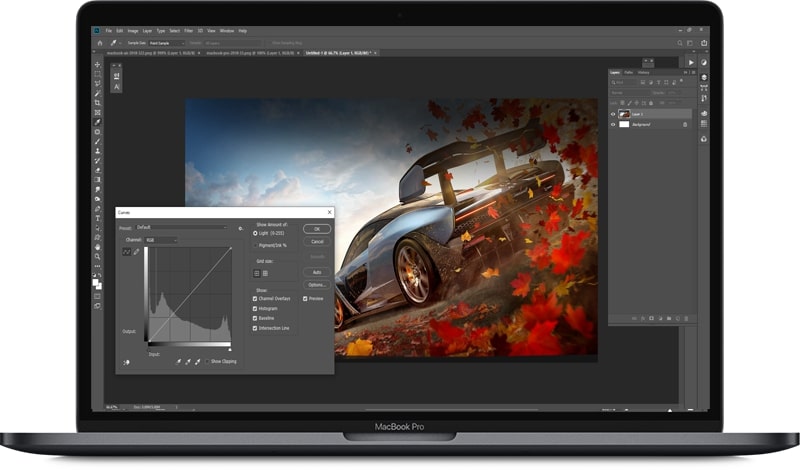 Professor. More power at its cores. 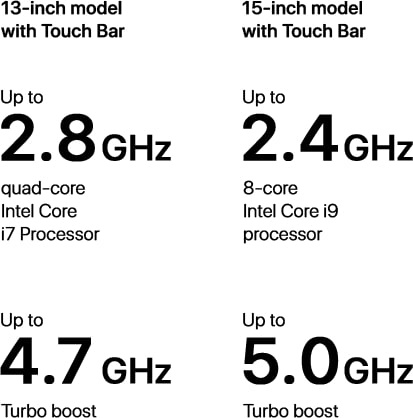 The 15-inch MacBook Pro offers Radeon Pro Vega GPU options — the first discrete mobile Vega GPUs in a notebook. Vega, the same graphics architecture found in iMac Pro, delivers an enhanced compute engine and utilizes High Bandwidth Memory (HBM2). HBM2 doubles the memory bandwidth to the GPU while doing so at considerably lower power, so more of the graphics power budget can be used by the GPU itself. The result is significantly faster graphics performance — up to 60 percent faster than the Radeon Pro 560X13 — for tackling demanding video, 3D, rendering, and compute workloads.

The next generation of security. 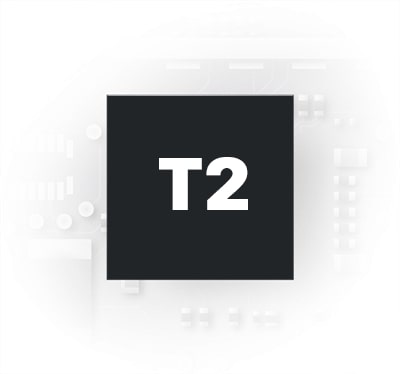 Make quicker work of everything.

MacBook Pro includes a solid-state drive that’s blazing fast, with sequential read speeds up to 3.2GB/s. The 15‑inch model is available with up to a 4TB SSD, and the 13‑inch MacBook Pro with Touch Bar is available with up to a 2TB SSD — enough space to take even your biggest files with you, like large photo libraries or video projects. So you can boot up, launch multiple apps, or import huge files in a flash. And with the Apple T2 Security Chip, everything is automatically encrypted on the fly. 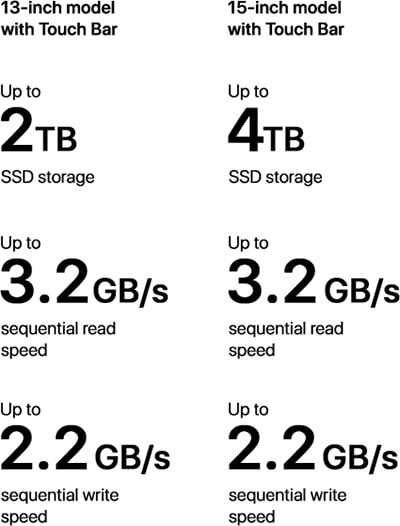 The most powerful and versatile port ever.

Thunderbolt 3 combines ultra‑high bandwidth with the ultra‑versatility of the USB‑C industry standard to create one revved‑up universal port. It integrates data transfer, charging, and video output in a single connector, delivering up to 40Gb/s of throughput for twice the bandwidth of Thunderbolt 2. Both sizes of MacBook Pro are available with up to four ports, so you can do all of that from either side. Existing devices are easily connected with a cable or adapter. And Thunderbolt 3 is reversible, so no matter how you plug in, it’s always right side up. 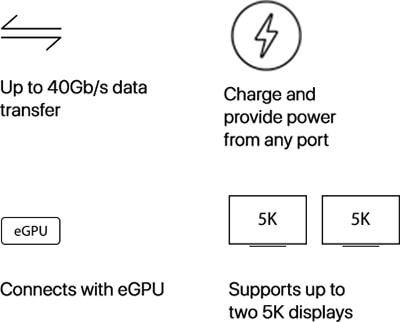 More ways to be productive.
Always within reach.

The Touch Bar replaces the function keys that have long occupied the top of your keyboard with something much more versatile and capable.26 It changes automatically based on what you’re doing to show you relevant tools that are intuitive to use — system controls like volume and brightness, interactive ways to adjust or browse through content, and intelligent typing features like emoji and predictive text, just to name a few. 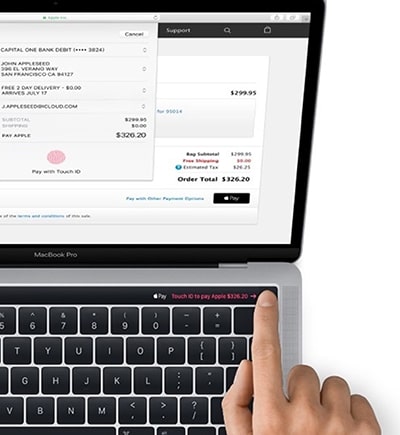 Advanced security.
Right at your fingertip.

Unlock your Mac in an instant. Use Apple Pay to make secure online purchases. Quickly access system settings and locked notes. And even switch between users — all with the touch of a finger.

Easy on the eyes.
Music to your ears.

The Retina display in MacBook Pro is the best ever in a Mac notebook. It features bright LED backlighting and a high contrast ratio, delivering deep blacks and bright whites. It supports P3 wide color for even more vibrant greens and reds than with sRGB. And the 13- and 15‑inch models with Touch Bar feature True Tone technology. The white balance automatically adjusts to match the color temperature of the light around you — for a more natural viewing experience. MacBook Pro has beautifully balanced, high‑fidelity sound that takes listening to new levels with wide dynamic range and more bass for maximum boom. And the speakers are connected directly to system power, enabling greater peak amplification. So you can mix a track on the fly, edit video on location, or enjoy a movie on the go.

Your workspace just
got quieter.

The MacBook Pro keyboard features a butterfly mechanism — providing four times more key stability than a traditional scissor mechanism, along with greater comfort. The 13- and 15‑inch MacBook Pro models with Touch Bar feature a keyboard with a quieter typing experience. And the spacious Force Touch trackpad gives your fingers plenty of room to gesture and click. 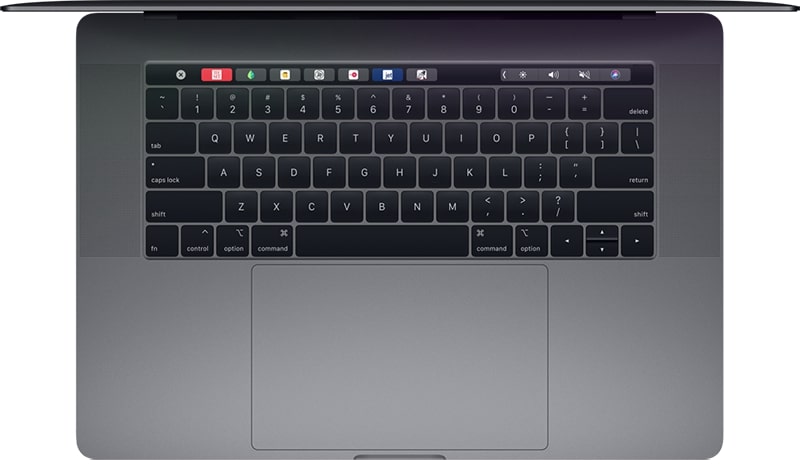 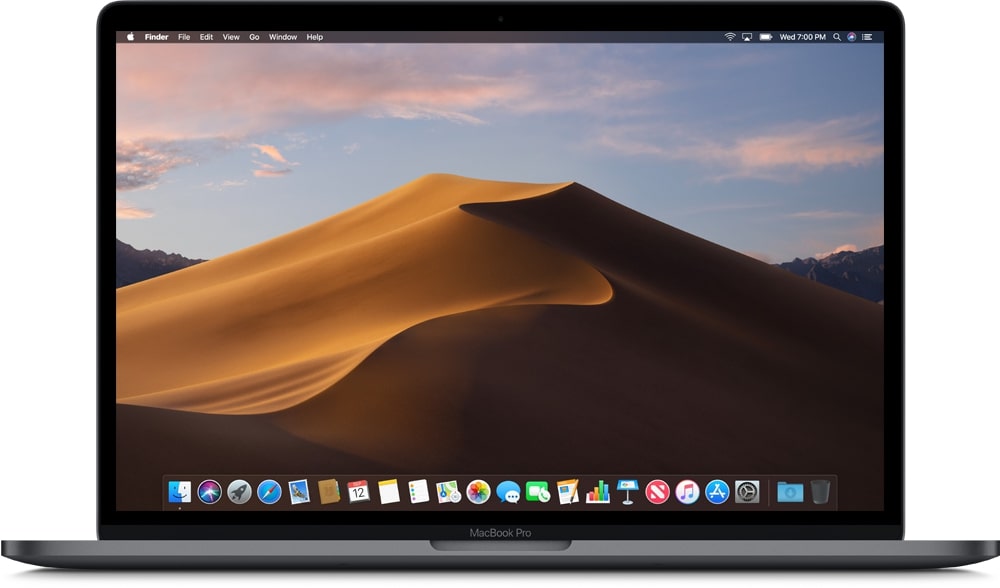